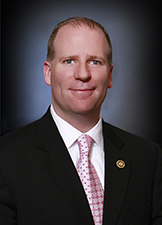 In 2007, the iPhone was introduced to the world, the Dow Jones Industrial Average was 12,000, and the hit TV show of the year was The Soprano’s.

Here we are, ten years later, and we are on the 10th generation of the iPhone, the Dow Jones Industrial Average is 20,409, and Tony Soprano is dead.

A lot has changed in ten years. However, one thing that has not changed is Missouri’s Renewable Energy Standard (RES).  In 2007 the language that would eventually end up on the ballot as Proposition C in 2008 was drafted.  Proposition C, which created Missouri’s Renewable Energy Standard, was passed by the voters of Missouri in 2008, garnering 66% of the vote.  It received a higher percentage of support than any other RES in US history, and it outlined specific percentage goals for Missouri to reach in renewable energy production from 2011 to 2021.

Ask yourself this question:  If you worked at the same company for ten years, and you trimmed costs for that company by 90%, but you never received a raise since 2008, how would you feel?

One-half of Missouri’s investor owned regulated utilities have already surpassed the renewable energy standards for 2021, but others are not even close to hitting those minimum requirements.  Why aren’t all utilities blowing these dated requirements/standards out of the water when the cost to produce that energy has dropped 50-90%?  One answer is because of cost mitigation measures in the RES.

“Utilities may be excused from their [RES] obligation for events beyond their control or if the cost of compliance with the standard increases retail electricity rates by more than 1% in any year.”

Here is another important question: Are Missouri’s RES standards thwarting job growth in our state?

According to a January 2017 article in Fortune Magazine the solar and wind industries are each creating jobs at a rate 12 times faster than the rest of the U.S. economy. Additionally solar and wind jobs have grown at rates of about 20% annually in recent years.  If Missouri has the 2nd most restrictive investment cost cap on renewable energy, are we sending all that job growth to other states?

I believe it is time for Missouri (and all US States) to take a long hard look at their renewable energy standards.  It is my hope that they would be updated to reflect the changes in the cost structure and the market for renewables, to ensure that our noble goals are not so outdated that they become an obstacle to creating jobs and growing our economy.

Comm. Scott Rupp has been on the Missouri Public Service Commission since 2014.  He runs an informational and entertaining website www.SimplifyingEnergy.com where you can find his weekly blogs and podcasts related to the energy industry.  You can follow him on Twitter @Scott_Rupp.

A work group of state officials convened in 2015 by Wyoming Governor Matt Mead and Montana Governor Steve Bullock, and joined by colleagues and officials in 12 other states,  released a new report outlining growing opportunities for capturing carbon dioxide from industrial facilities and power plants for use in enhanced oil recovery (CO2-EOR) with geologic storage.

The report notes that market forces and federal and state policy are driving the energy industry to reduce carbon emissions and that carbon capture with CO2-EOR compares cost-effectively with other carbon emissions reduction options.

The Work Group recommends a targeted package of federal incentives for CO2-EOR, including:

States can also assist by optimizing existing taxes commonly levied by states to complement federal incentives in helping carbon capture projects achieve commercial viability. Analysis undertaken for the work group shows that an optimized approach to state taxes can add the equivalent of roughly $8 per barrel of oil to the economics of a carbon capture project.

The work group endorsed a targeted package of federal and state incentives for CO2-EOR that will help ensure that CO2-EOR becomes an integral part of our future energy system. While the technology for CO2-EOR has been in use for almost half a century, the costs of deploying carbon capture at power plants remain high.  The economics have been further hampered by both low natural gas prices that makes new conventional natural gas plants cheaper and low oil prices that reduce revenues from the sale of captured CO2. These incentives can make projects viable by closing the economic gap between the cost of installing carbon capture at power plants versus building new conventional natural gas units.

Based on modeling results and qualitative criteria, the work group identified the extension, reform and expansion of the Section 45Q tax credit as its top priority for stimulating commercial deployment of carbon capture at power plants and industrial facilities.

The work group report is timely, as Congress has recently been considering Section 45Q tax credit reforms. The Carbon Capture, Utilization and Storage Act (S. 3179) introduced by Senator Heidi Heitkamp (D-ND) was co-sponsored on a bi-partisan basis by one-fifth of the U.S. Senate. Bipartisan companion legislation in the U.S. House, the Carbon Capture Act (H.R. 4622) introduced by Representative Mike Conaway (R-TX), has attracted 49 co-sponsors. Governor Mead and Governor Bullock have endorsed these bills in letters to Congress, as has the Western Governors Association and Southern States Energy Board.

While the legislation did not ultimately pass in the 2016 session of Congress, the large number of bipartisan sponsors suggests that similar legislation is expected to be introduced this year.

The Work Group report emphasizes that complementary federal and state incentives will spur commercial deployment of carbon capture by enticing private investment into projects. This will, in turn, bring down costs over time, just as incentives have similarly accomplished for other energy technologies such as wind and solar, thus prompting a number of states to add carbon capture with CO2-EOR to the mix of energy choices they consider. The Work Group has also released a report on C02 pipeline infrastructure, and is working on a report concerning dispatch of power from CO2-EOR facilities onto the power grids.