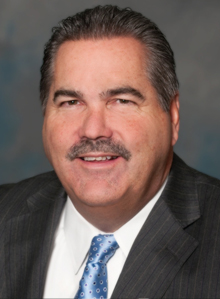 On May 2, I once again found myself in Charlotte, North Carolina attending the annual meeting of the shareholders of my company, Duke Energy. Actually, I made it a point to be there. It’s always an interesting meeting, one where shareholders have the undivided attention of their CEO.

At the time of the shareholder meeting, Duke Energy’s common stock had just reached a new 52-week high, and Duke Energy’s Board of Directors declared a dividend on common stock for the 87th consecutive year. Shareholders should be dancing in the streets, right? For the many not in attendance, that may have been the case. Some of those at the meeting had other things on their minds, however, particularly when it comes to the environment.

As he’s done before, our CEO delivered his overview of the prior year: the completed merger with Progress Energy to create the world’s largest publicly traded utility; the solid shareholder returns we have produced; being named for the seventh consecutive year to the Dow Jones Sustainability Index for North America, and recognition by Corporate Responsibility magazine as one of the 100 best corporate citizens for the fifth consecutive year. Achievements to be proud of indeed.

Our CEO also talked about the changes we have made and will continue to make to improve our environmental footprint:
•Investment of $7.5 billion since 1999 to install air emission controls resulting in significant emission reductions.

•A reduction of our carbon dioxide emissions to mid-1990 levels.

•Investment of more than $2.5 billion to grow our commercial wind and solar businesses to 1,700 megawatts of capacity.

•Aggressive promotion of energy efficiency initiatives in all of our jurisdictions.

•Investment in advanced technologies such as the 618- megawatt coal gasification facility in Indiana and a large-scale battery storage demonstration project at our Notrees wind farm in west Texas.

The reaction from some at our annual shareholder meeting (at least the majority of those that came forward to the microphone): “Interesting, Duke Energy, but you’re not doing enough environmentally and you sure are not doing it fast enough.” For some, nothing short of shutting down all of our nuclear and coal plants and replacing them with clean, renewable energy immediately would be acceptable.

I and others know, though, the important environmental improvements our industry has made. For the last 30 years or so, electric utilities have invested significantly in reducing the impact of our operations on the environment, and the results are quite remarkable. The fact is our air is much cleaner today than it was 20 years ago. Earlier this year the Energy Information Administration reported that emissions of sulfur dioxide and nitrogen oxide from power plants had dropped to their lowest levels in more than two decades.

Equally remarkable is that it’s only been in the last five years or so that many of these emission control investments have significantly affected our customers’ rates. The need to replace our older and fully-depreciated assets with investments in new generating units is also driving recent rate increases.

So let’s continue to celebrate our environmental successes while properly balancing the need to maintain reliable service that is affordable. Education and communication are key. Striking the right balance is essential. And having affordable, reliable and increasingly clean electric energy is critical to us all for quality of life and robust commerce.